TWO INTERNATIONAL GREEN APPLE ENVIROMENT AWARDS WERE WON BY SHAHI EXPORTS IN THE CATRGORIES OF CARBON REDUCTION AND WATER EFFICIENCY.

Instituted in 1994, the International Green Apple Awards are conferred by the UK-based Green Organization and receive entries from Governments, Ministries, and Regional Authorities as well as companies, organizations, and communities, across the private and public sectors globally.  This year close to 500 nominations were submitted.

Shahi Exports is a vertically integrated, diversified company with over 115,000 employees across nine states of India and over fifty factories, and three fabric manufacturing units. Commenting on winning the global recognition, Mr. MA Prasad, COO of Operations, Shahi Exports, said, “The awards are a just recognition of Shahi’s meaningful interventions. Our denim production factories are equipped with best-in-class water efficiency technologies that help us recycle nearly 100 % water used during the process. In addition, we have achieved Zero Liquid Discharge, and through various green initiatives, we have created one of the most sustainable denim operations.”

The fashion industry accounts for 10% of global GHG emissions and 20% of global industrial-water pollution. Climate change is a reality, and India has committed to mitigating 1 billion metric tonnes of carbon emissions by 2030.

Expressing satisfaction with this global recognition, Mr. ShridattaVeera, Assistant Vice President of Central Maintenance and Environmental Sustainability, Shahi Exports, said, “Driven by our company’s sustainability vision and policy, we have realized the need to act against climate change. Moving towards green energy helps reduce carbon footprint; hence we installed solar power plants with a total of 84 MW capacity to meet our requirements.  Our initiatives have helped us reduce 448,000 MT of carbon emissions in the last three years. Shahi is on the path of mitigating 1 million tonnes of CO2 by 2026. Receiving an award for this milestone is heartening, and it motivates us to further on our mitigation journey.”

The award was presented by Jayne Drant, Chief Commercial Officer of Nurture Landscapes, at a ceremony at the Houses of Parliament, London, on November 21, 2022. The judges of the award shared their thoughts on Shahi’s win. The textile industry is often in the spotlight for its social and environmental impact. Shahi Exports welcomes this attention as they support and contribute to India’s reduction targets of almost half a million tonnes of CO2 saved in 2 years and much more to come. As India’s largest clothing manufacturer, Shahi wants to be among the greenest. They have added sustainability to most aspects of the production system. The push to reduce water use is a prime example, using less than half the water typically consumed in the denim manufacturing process.

The Green Apple marks a milestone in Shahi’s continued journey towards sustainability excellence. Shahi Exports is proud to have the opportunity to uphold the title of Green World Ambassador.

Shahi Exports was established in 1974 by Mrs. Sarla Ahuja, who started her journey as a sewing machine operator in a local factory. She eventually left her job to start a small home-based operation. Since then, the family-owned company has grown to become India’s largest apparel manufacturer and exporter. Shahi has three fabric processing mills and over 50 state-of-the-art apparel manufacturing facilities across nine states in India, with a diverse workforce of over 115,000 people. Vertically integrated operations, a diversified product range, and a strong commitment to ethical operations and environmental sustainability have established Shahi as one of the most preferred apparel manufacturers in the world. 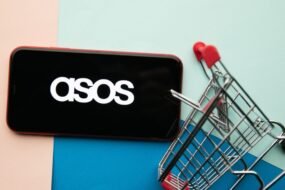