RICHEMONT IS STRONG DESPITE A SIGNIFICANT LOSS RELATED TO YNAP.

Richemont, a global leader in luxury goods, released its half-year financial results on Friday. The company recorded revenues and operating profit from continuing operations of €9.7 billion and €2.7 billion, respectively, as well as successful fashion activities. Due to the uncertain environment, it maintained its caution, but it remains optimistic about the future of the business.

According to those numbers, sales increased by 24% on a year-over-year basis at actual exchange rates, and gross profit increased by 27% as the gross margin increased by 140 basis points to 68.9%.

Although the company reported a net loss of €766 million for the quarter as opposed to a profit of €1.24 billion the year before, operating profit increased by 26% to €2.7 billion.

This was as a result of the writedown from the YNAP terminated operation, which resulted in a loss of €2.87 billion as opposed to €254 million the year prior.

After Richemont and Farfetch and Alabbar came to an agreement to sell a controlling interest in the company to develop a neutral industry-wide platform, YNAP is listed as a discontinued operation. It had already indicated the significant loss.

The profit from continuing operations would have been €2.1 billion without YNAP as opposed to €1.5 billion the year before.

Although the gain at constant exchange rates (CER) was smaller than the 24% actual increase, at 16%, the CER figure was still positive and the overall picture of group sales appeared to be robust.

With “increased momentum” in Asia Pacific, where sales were up 3%, the company claimed it achieved double-digit improvements at actual exchange rates across all business sectors and channels. In every other area, it had double-digit growth.

STRENGTH IN WATCHES, JEWELRY, AND FASHION

Additionally significant is that its “Other” business segment, which mostly consists of fashion and accessory labels, saw a 27% increase in revenue (+19% CER) and an operating margin of 4.3%.

However, the Other segment’s profitability increased to €56 million. According to Richemont, the brands that contributed most to the growth in sales were Chloé, Montblanc, and Peter Millar (including G/Fore). Sales growth at Delvaux was the fastest, and the company stated, “We are carefully nurturing this promising Maison for the long run.”

We received no specific information regarding the performance at the YNAP business, which also runs a number of online brand flagship stores and owns Yoox, Net-A-Porter, Mr. Porter, and The Outnet.

As previously reported, the business declared earlier this year that Farfetch and Alabbar would purchase 47.5% and 3.2%, respectively, of YNAP, leaving Richemont with 49.3% of the company. Without a dominant ownership, YNAP will be a neutral industry-wide platform. To further align interests, Richemont will exchange shares of Farfetch that are anticipated to account for 12% to 13% of Farfetch’s issued share capital.

The initial phase of the deal is anticipated to close by the end of the calendar year 2023, subject to a number of conditions.

By then, Richemont Maisons would also utilise Farfetch’s technology “to establish the optimal “route to market” and realise their luxury new retail concept.” In order to meet the needs of our clients and deliver our products in a smooth manner, we will work to be as effective, adaptable, and quick as possible. In the meantime, YNAP will use Farfetch Platform Solutions to quicken the transition to a hybrid business model that will greatly improve its chances.

On Friday, the group made one last announcement, announcing Patricia Gandji’s appointment to the Senior Executive Committee as Chief People Officer and CEO of Regions of Richemont. She will keep on answering to CEO Jérôme Lambert. 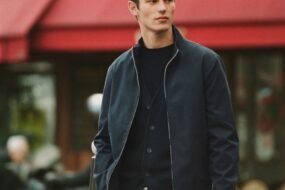