Pitti Uomo, the semi-annual menswear trade expo that started yesterday, chose the Belgian designer Jan-Jan Van Essche in an unusual way as a guest designer. The Pitti organisers are adept at spotting up-and-coming talent, but they have rarely given a platform to a designer with such an unusual aesthetic.

Since establishing his discreet luxury label bearing his name twelve years ago, Van Essche has stayed firmly underground. Even though he is stocked at 40 stores, including Dover Street Market and Ssense, and has a following among a select group of menswear journalists, his brand has never been a mainstay of the fashion industry; today’s Pitti Uomo event will be his debut.

What Van Essche refers to as “inverse multiculturalism” is at the core of his writing. His clothing is influenced by Southeast Asia, Africa, and the Middle East, where traditional clothing frequently exudes a sense of looseness and concealing that is uncommon in fast-fashion.

According to Van Essche, “What fascinates me is how similar clothing can be found in many cultures; for example, there are clothing construction methods that can be found from Turkey to Asia to Africa. What triggers me a lot is that these same things were invented in different places at the same time, which for me, points to their inherent humanity,”

The outcomes are uncomplicated but minimalist. Van Essche prefers texture and silhouette to decoration and motifs, a choice that has undoubtedly prevented him from being charged with “cultural appropriation.” He eliminates pointless seams and lets the drape give the garment its shape. He uses a muted colour scheme and numerous textiles that are undyed or even right off the loom, unprocessed, with 80 percent of them coming from Japan.

In contrast to today’s quick fashion, Van Essche takes a methodical unhurried approach. Van Essche has avoided seasonal collections since the beginning of his company and instead chooses to showcase “an annual wardrobe.” Japanese meaning “taking it easy,” Yukkuri, is the name of his debut collection.

According to Noah Johnson, global style director at GQ, “Jan-clothing Jan’s not only look like nothing else; they are also built like nothing else.” “His expertise and unique artistic perspective really astonished me. Of course, he does it all independently of the established fashion industry.

In Antwerp’s Seefhoek district, a neighbourhood with a large immigrant population, Van Essche runs Atelier Solarshop with his partner Pitro Celestina. The store features his own clothing as well as a variety of other slow fashion brands, including Cosmic Wonder and Mittan, as well as home goods that the couple has collected while travelling to far-flung regions of the globe. 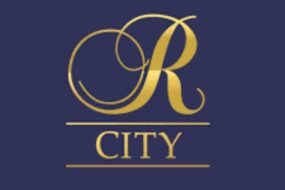