JUST CAVALLI WILL BE CONTESTED BY CHIARA FERRAGNI’S MANUFACTURER.

Beginning with the spring-summer 2023 season, Cavalli will hand over production and distribution of the line to a new collaborator, Swinger International, the business announced. Versace Jeans Couture and Chiara Ferragni are now two of Swinger’s other brands, which is situated in Verona, Italy.

Since real estate developer Damac purchased the indebted fashion firm in a court-managed transaction in 2019, Cavalli has been attempting to relaunch its business with a new designer, Fausto Puglisi, and a new CEO, Ennio Fontana.

Using the Cavalli name for a $545 million tower that the developer is now constructing in Dubai was one of Damac’s first steps.

The financial details of the agreement to revoke Just Cavalli’s licence were kept confidential by Cavalli and Diesel-parent OTB. The route had been run by OTB subsidiary Staff International since 2012. 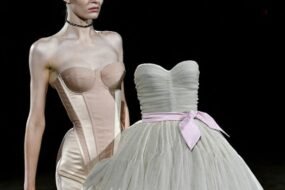