The government-run Ceylon Electricity Board (CEB) of Sri Lanka has revealed that those who consume the least will see a 264 percent increase in rates, while those who consume more will see a lower increase. Given that the majority of the units would fall into the “greater use” category, the decision is anticipated to have some negative effects on the nation’s apparel industry. Consumers who use fewer than 30 units would see a rate rise of up to 264%, while those who use between 30 and 60 units will see a rate increase of up to 211%, with a cap of 599 rupees. The price rise will be 125 percent for individuals who use between 60 and 90 units. Two-thirds of the people will be impacted by the biggest hikes.

The regulator had allowed CEB to carry out the sharp hikes—the first in nine years—from August 11 to recover part of its accumulated losses of $616 million, according to media reports from the country. CEB had reportedly asked for tariff increase of over 800 per cent, but the regulator capped it at a maximum of 264 per cent.

Apart from facing its worst economic crisis after running out of foreign exchange reserves to finance essential imports, the country is facing hyperinflation and long electricity blackouts after CEB could not procure oil for its thermal generators. The Public Utilities Commission of Sri Lanka (PUCSL) has imposed a number of conditions on CEB for the rate hike. These include the opening of a bulk supply transaction account, conducting an independent dispatch audit for 2021, renewing and revising purchase and sales agreements and payment of interest for security deposits obtained from consumers.

Sri Lanka has 7.8 million electricity users, 6.7 million of which are domestic consumers. 1.1 million are general purpose, while 1.4 million consume under 30 units. 1.7 million use 90 units, while 4.8 million use fewer than 90 units each month. 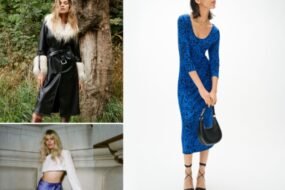 BOOHOO GROUP, A GLOBAL POWERHOUSE IN FASHION, COMES TO INDIA THANKS TO MYNTRA.