Abercrombie & Fitch Co raised its holiday quarter sales forecast on Monday on strong demand for its brands during the peak holiday selling period, sending shares about 3 percent higher before the bell.

The Ohio-based apparel retailer said it now expects net sales to rise between 1 percent and 2 percent in the fourth quarter, compared with its prior forecast for a 2 percent to 4 percent fall.

The company has been revamping its inventories to get rid of casual wear and athleisure clothing as demand softens from pandemic highs. It has also brought in new styles that have attracted wealthier shoppers.

Abercrombie noted an improvement in overall sales from the third quarter, but said sales at its Hollister brand were still expected to remain below 2021 levels in the holiday quarter.

The company projected fourth-quarter operating margin between 6 percent and 8 percent, up from a range of 5 percent to 7 percent estimated previously.

Rival American Eagle Outfitters Inc said on Monday its fourth-quarter revenue and profit margins were tracking at the high end of its forecasts, benefiting from its decision to right size inventory and better-than-expected performance at its American Eagle label. 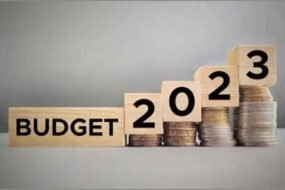