A START – UP TO STAND OUT

As per Indian startup ecosystem, India has 2 to 3 startups every day. The question that comes up in one’s mind is why startups have become such a familiar term and the need for the same in our lives.

We, as millennials, believe in taking risks, being spontaneous and heading off to adventures even with the possibility of failures and regrets.

With so many ideas coming up each day, the belief that we have something exclusive to offer and can have some value addition to the system, keeps us going.

With the alarming rate the fashion industry contributes to landfills and CO2 emissions every year, to make conscious choices is the need of the hour. India alone generates more than one million tons of textile waste each year. This textile waste consists of natural as well as synthetic fabrics.

We as Dwalen, started with such a belief, two people and one thing on our mind, a fashion
brand. We wanted to create something to sustain, and in the journey, we became a
startup for a cause and a startup for sustainability.

Sustainability lies in all the small choices we make. “Well, that’s a cool t shirt with such a low price, let’s use it for a couple of times and toss it off” is what most of us think, the trend of fast fashion is what we have adapted to. The question we want to raise at this moment isn’t why, it is rather an explanation as to why we as a species rather not make such choices without giving the consequences a good thought.

Based on the fabric type the timeline it takes to decompose the same varies. We need to understand that the synthetic fibers, also known as man made fibers are not only harmful, when disposed, but the journey of these type of fibers as a pollutant starts from the manufacturing stage itself. These fabrics contain plastic polymers, and are made using chemical processes which involve use of non-renewable resources. This leads to carbon emissions, and hence adds up to global warming. To make a garment these fabrics are dyed using environmentally harmful dyes and pollute the water streams when emitted.

We fail to realize that polyester, nylon, elastane, and so on are among the most widely used fabrics in the world, and thus, one of the major factors that contribute to environmental problems. These fabrics, when washed, release microfibers in the water which travel to our streams, rivers and end up in the ocean. This leads to microplastic pollution which not only disrupts marine life, but also adds up in the food we eat. When disposed of, these fabrics take at least around 2 decades and sometimes more than 2 centuries to decompose. A part of the landfill you add up to today, is the surrounding for your 6th generation. This realization should be enough to make us sit back and think as an individual, to tackle the bigger problems that we can avoid by taking small steps.

Let us start with checking the fabric composition we buy, because, to avoid the problem at the start is easier than you think, to make it right after its disposed is harder than you know.

We as a brand, aspire to inspire to adapt to eco-fashion.
So, we have a simple question to ask, we made our right choices, will you make yours? 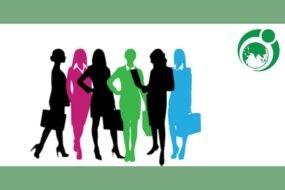 SOLAPUR WALL HANGING: A POETIC EXPRESSION OF WARP AND WEFT 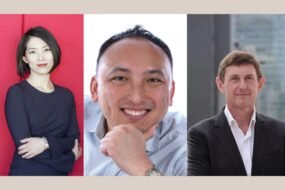 BUYHIVE, A GLOBAL SOURCING PLATFROM, NAMES ITS FIRST ADVISORY BOARD TO HELP IT CONTINUE ITS… 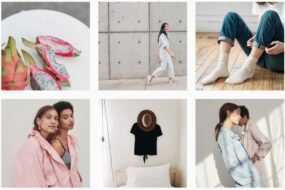 HOW TO WRITE YOUR CONTENT STRATEGY FOR FASHION BRAND.